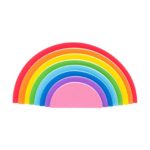 A very testing time for all of us across the UK at the moment. At HFS it’s very much business as usual, at least until we’re told otherwise, and as we spring into March here’s just a quick round up of what we’ve been up to over the recent weeks… Hotels, Restaurants, Bars & Pubs A whole kitchen refurbishment and a lot of work accomplished in a very tight timescale with multiple trades on site at any one time for The Dog at Peover, part of the Cheshire Pub Company.  A 2-week long shutdown of the establishment resulted in new HFS Ultima White PVC being installed to walls in the Kitchen and Stills areas, new P250 Tongue & Groove ceiling planks to the Stills area, a new suspended grid ceiling being installed to the Kitchen and also new Polysafe Ultima vinyl flooring throughout complete with floor preparation and the disposal of their existing, old … END_OF_DOCUMENT_TOKEN_TO_BE_REPLACED 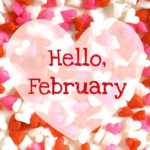 February – the month of romance and this year also a Leap Year…giving us at HFS an extra day to fit in all those jobs our customers want completing.       Here’s just a snippet of what we’ve been up to lately… Hotels, Restaurants, Bars & Pubs   We’ve been working at 2 further sites in the continuous expansion of the popular wagamama food chain at opposite ends of the United Kingdom – Wembley and Fort Kinnaird.  Both sites are located on busy retail parks so deliveries of materials were challenging at times but as usual, the team successfully worked through to complete on time and to our usual high standards. A variety of wall finishes have been installed here in different areas of the kitchen and prep areas including HFS Ultima ‘Aspen White & ‘Mushroom’ Gloss Grey PVC wall cladding, Stainless Steel wall cladding to the Cookline and … END_OF_DOCUMENT_TOKEN_TO_BE_REPLACED 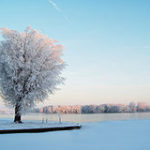 So, another year, another month…time flies when you’re having fun!      We’ve been having fun since the start of the year and no rest for the wicked…here are just a few jobs we’ve been working on over the last weeks… Hotels, Restaurants, Bars & Pubs We’ve carried out a sizeable project in the heart of Birmingham City Centre for one of our regular clients – Dishoom Restaurant based in Chamberlain Square. This project comprised of our HFS Ultima ‘Aspen White’, ‘Black Olive’ Vitality range cladding plus 2 contrasting Stainless Steel finishes to give definition to areas within the kitchen of this busy establishment. All PVC & Stainless wall finishes tie into the new vinyl flooring using our hygienic, easy to fix, 2 part PVC transition strips. This is the 4th such installation for this chain with hopefully plenty more to come! Another Bofloor installation was successfully carried out … END_OF_DOCUMENT_TOKEN_TO_BE_REPLACED 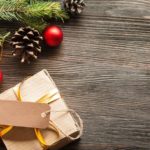 Eek…December…how did that creep up on us? Frosty mornings are upon us, high streets are filled with Christmas shoppers, Black Friday and Cyber Monday is everywhere, mulled wine and mince pie aromas fill the air!     But it’s just another busy month for our HFS team; we’ve been completing projects up and down the country…here’s a snippet of what we’ve been up to lately… Commercial A big local job for us here at the Nestle Foods owned Cereal Partners factory in Bromborough on the Wirral. Our HFS Ultima was the material of choice to be used to refurbish the walls of staff changing areas, wc’s and some of the production and storage areas. Approximately 600 m2 of our Aspen White PVC cladding is being fitted to make sure an easily cleaned, maintained and hygienic environment can be assured at all times Hotels, Restaurants, Bars & Pubs A trip further south … END_OF_DOCUMENT_TOKEN_TO_BE_REPLACED 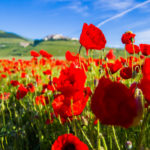 So…here we are in November…the 11th and penultimate month of the year and a time for fireworks, poppies and Remembrance. It’s also the point of the year when the cold weather REALLY begins to set in…Jack Frost will soon be nipping at your nose!   We’ve been super busy over the last few weeks; for now, here’s just a small selection of work we’ve been doing in locations far and wide… Commercial Work is progressing nicely at Unilever Research Facility, Port Sunlight, Wirral where we are installing HFS Ultima White PVC with welded joints to Male, Female & Disabled Toilets on the 2nd & 3rd Floors on behalf of Red Tree Builders. Cladding has been fitted up to a ceiling height of 2.75mtr and has involved folding PVC sheets into the newly installed windows that have been installed in all of the rooms At Twemlows Stud Farm near Whitchurch, Shropshire, we’re … END_OF_DOCUMENT_TOKEN_TO_BE_REPLACED